Much of the Republic of Biesel's internal security is handled by separate planetary policing forces, such as the Mendell City Police Department, which has several "facets" across the entirety of Biesel, or the New Gibson Security Forces that are posted across the archologies of the arctic planetoid. These forces are in turn monitored by the Biesel Security Services Bureau, the organisation responsible for Republic-wide policing. The Biesel Security Services Bureau is also responsible for the monitoring of citizens and non-citizens within Republic borders that are considered potentially dangerous to national security, with most of their collected data being hosted on NanoTrasen sponsored servers within its headquarters in Mendell City’s District One.

The overseeing authority of the domestic agencies that operate within the Republic of Biesel. In reality, the Biesel Security Services Bureau has become incredibly important to the enforcement of the Republic's laws - usually working alongside local domestic agencies to target and eventually break up pockets of crime within Tau Ceti - and the greater Republic of Biesel following its expansion into the Corporate Reconstruction Zone.

The Special Investigations Unit is the division most people think of when picturing the Biesel Security Services Bureau. They are the face of the organisation, with the agents within tasked with investigating those crimes either deemed too dangerous for local law enforcement, too large in scale, or that fall outside their jurisdiction.

The Government Security Division is responsible for investigating and reporting on people or groups deemed to be a risk to the security of the Republic as a whole. Often working very closely with the other divisions as well as the Biesel Intelligence Service, its members are experts in the fields of investigative counter-terrorism.

The Analytics and Cybercrime Division is responsible for assisting the other divisions with analytical reports and in combating high scale extranet crime of all kinds often being responsible for the arrest of those attempting to buy or distribute black market goods and services. They are responsible for keeping the Organized Crime Registry, which is a complete database of all the known information on various organised crime groups currently operating or thought to be operating in the Republic. The Registry is accessible by the Biesel Intelligence Service, however, planetary policing forces are required to request authorisation to access the Registry.

On the surface, non-humans are seen as having a good position within the Biesel Security Services Bureau with Tajara, Unathi and Skrell agents featuring prominently on many of the recruitment posters and banners. This, however, hides the discrimination such agents often face behind the scenes. Many Unathi and Tajara find themselves overlooked and dangerous cases are often taken away from them saved for “the more skilled agents” which according to Director Clarisse Lyon just happens to tend to be Skrell and Humans due to their experience in the field. Dionae and Vaurca employees are often recruited as support personnel but rarely if ever see themselves recruited into agent positions due to the capabilities expected from an agent.

Synthetics owned by the agency are treated much as other owned synthetics in the Republic are, equipment to be used by the organic agents and staff, this view greatly restricts the positions owned synthetics fill, with none of them being agents for the BSSB. However many owned synthetics exist within the support roles of the organization as their natural inclination towards analytical thinking and data handling make them ideal for dealing with tasks often seen as a waste of organic agent's time.

A much smaller minority of free synthetics also exist within the ranks of the BSSB, employed like any other organic would be. These owned synthetics still face discrimination within the organization and most still exist in supporting roles, however, a small number have been able to become agents. The BSSB is careful to not assign any of its synthetic agents to cases involving rogue or dangerous synthetics, preferring for these cases to always be handled by an organic instead. Many free synthetics in the BSSB are ones formerly owned by the organization who managed to buy their own freedom.

The local authority regarding the enforcement of the capital of the great Republic of Biesel, the Mendell City Police Department is an institution that has existed long before the independence of Biesel. The MCPD has managed to keep the city somewhat safe from violent crime, however, the organisation has begun to struggle to maintain order without outside assistance from organisations such as the BSSB. Regardless, the MCPD continues to operate in the face of its obstacles.

One of the oldest institutions within the Republic of Biesel, the Mendell City Police Department has become integral to the functioning of the capital. Its first iteration was the Colonial Enforcement Service, a policing body established during the initial colonisation of Biesel. The Colonial Enforcement Service was tasked with preventing as well as dealing with any criminal elements that arose during the early days of planetary colonisation and were largely successful in doing so. It continued to operate as the CES until the 2180s, after which it transitioned into the Mendell City Police Department. In spite of their early successes, the Mendell City Police Department began to fall short of its reputation shortly after the Second Great Depression began, with corruption quickly breeding among its ranks. With the economy in tatters and poverty rising sharply, it was inevitable that crime would start to proliferate - with many in the MCPD using the rise in crime as an opportunity to line their own pockets. Various districts found themselves controlled by syndicates, with those meant to protect them turning a blind eye. It wasn't until the late 2290s, after the conclusion of the Great Interstellar War, that the MCPD returned to their duties - attempting to wrangle the crime they had allowed to grow under control.

The Uniform Patrol Unit is the regular policing division of the MCPD, represented by the uniformed officers that conduct the vast majority of policing duties within the city. Easily recognised by their distinct uniforms and squad cars, these officers are seen as the public face of the MCPD.

The second-most recognised division of the department, CID is responsible for general investigations into criminal activity. Detectives in CID depend on their interview skills, investigative aptitude, and extensive knowledge of the criminal justice system to perform their duties.

Synthetic Oversight is responsible for cases that directly involve synthetics, either as victims or as perpetrators. Outside of this SOD also assists the other departments of the Mendell Police where a synthetic is indirectly involved in a crime, such as interviewing witnesses or directly handling informants. The Synthetic Oversight Department is also known for working in conjunction with Ceres Lance, both as a support role and to ensure that Ceres Lance works within Biesel law. 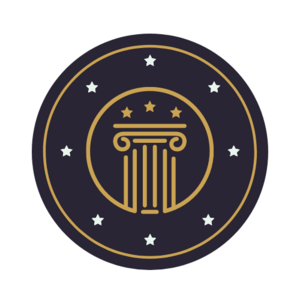 The symbol of the Biesel Intelligence Service.

"The first line of defence, supporting and defending the Republic of Biesel against threats both foreign and domestic; bearing to it both faith and allegiance."

Due to its role, it is one of the only facets of the authority exerted by the Republic of Biesel that doesn't have any corporate oversight or affiliation - operating without any prior knowledge or consent from the megacorporations, sometimes to their detriment. While it does covertly operate outside of the borders of the Republic, the Biesel Intelligence Service predominately focuses on extinguishing domestic threats, with rumours perpetuating their involvement in the Corporate Reconstruction Zone being common; supposedly, the organisation has been infiltrating anti-Biesellite terrorist organisations such as the Samaritans since the incorporation of these territories in 2463. While publicly credit has largely been given to Aura for its contributions to intelligence gathering, discharged members of the Tau Ceti Foreign Legion claim that embedded Biesel Intelligence Service agents were responsible for some of the intelligence that assisted them in quelling the Mictlan Insurrection Crisis in 2464.

The Republic of Biesel relies almost completely on corporate-run penitentiaries; while prison management was previously dominated by Zavodskoi Interstellar, the formation of the Stellar Corporate Conglomerate meant that Zavodskoi now shares the responsibility with the Private Military Contracting Group. These corporate penitentiaries are often focused on profit-creation instead of rehabilitation, with quarterly reports from the megacorporations in control of these facilities deriving a growing portion of their gains from their "corporate rehabilitation centres". The conditions of corporate prisons vary from deplorable to tolerable, with standards being dependent on who they house. Prison standards are a point of heated controversy within the Republic due to the discrepancy between prisons that house white-collar criminals and those that house blue-collar criminals, with white-collar criminals having a much higher quality of life while in prison in comparison.

Despite the reliance on corporations to handle the punishment of criminals, the actual trying and sentencing are handled entirely by the government’s own criminal justice system. The Republic Courts operate similarly to what has been observed in the Solarian Alliance, with slight variations thanks to intertwining colonial history. This includes a jury comprising of ten individuals, as well as either a magistrate or judge depending on the Court in which it takes place. The Republic of Biesel has several different courts that operate within their own sphere of influence, going from low to high; Magistrate's Court, High Courts, Supreme Court of Appeal, and the Constitutional Court. Both the Supreme Court of Appeal and the Constitutional Court are staffed by nine judges that are appointed by the President, on the advice of the Minister of Justice, and are approved by the Republican Congress - a joint seating between both the Tau Ceti Assembly of Spokespersons and the State Senate. They then serve until either their retirement or death.