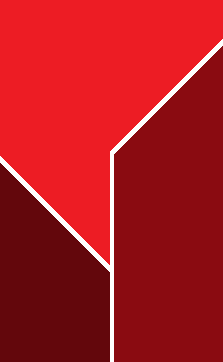 The Imperial standard of House Keeser, intended to represent three nation states of old Moroz that formed the basis of the Empire of Dominia.

The Dominian royal family is regarded highly throughout the young Empire, and is seen as a unifying force for it. Many of the commoners and nobility of the Empire consider themselves more loyal to the Imperial throne than the great houses -- despite the significant power the great houses still hold within certain sectors of the Empire, such as the Imperial Navy. To many, the Emperor and Empress -- along with their children -- are seen as the very glue that holds the Empire of Dominia together, preventing it from falling back into the chaos of the War of Moroz. To many, it seems seems that a Keeser on the throne is all but guaranteed for the next generation, with Crown Princess Priscilla as the current heir apparent.

His Imperial Majesty Emperor Boleslaw Keeser the First is the authoritarian ruler of the fairly young and highly theocratic Empire of Dominia, which has shifted from an isolated backwater under his reign to an increasingly powerful player in its own right, though it still lags far behind other human powers in its ability to project its influence. Emperor Keeser I is renowned throughout the Empire as a stern yet caring ruler by his subjects, and hated as a tyrant by those that he has conquered. Personally, he is rumored to be intelligent and shrewd - after all, he did manage to claim the power of the throne. In recent years, the Emperor has turned his attention from Moroz itself to the planets near him - a move that has caught the watchful eye of the Coalition of Colonies and Republic of Elyra. Only time will tell what will come of this. In his family life, the Emperor is said to expect a great deal from his children, particularly his heir apparently: the crown princess. The Emperor is said to dote upon his only son, the crown prince, despite him not being his heir.

Empress Keeser is a major figure in the politics - both external and internal - of the Empire of Dominia and the longstanding wife of the Emperor, having recently celebrated their thirtieth anniversary in January of 2462. Lei is an immensely caring and well-loved figure throughout the Empire that has borne the Emperor three adored children and constantly acts as an anchor for her husband. She holds a significant amount of sway over the day-to-day affairs of the Empire thanks to her constant position at the Emperor’s side and her own experience working within the nobility of Dominia. She is said to be closest to her oldest daughter Crown Princess Priscilla, who is the unquestioned heir apparent and has taken after her caring mother in many ways. Empress Keeser is regarded as a hero by many Ma’zals for being one of the major figures behind better treatment for the Ma'zals of the Imperial Colonies, and has encouraged further lightening of the Imperial “blood debt” that all citizens and subjects are burdened with upon birth. A large statue of her helping a Ma’zal out of his chains is featured in front of the Holy Cathedral of Our Lady the Goddess, the largest Tribunal church on Moroz. She is also the founder of the Empire’s largest contemporary fencing society, Her Majesty Empress Lei's Royal Fencing Society.

The eldest of Emperor Keeser’s three children, Priscilla is ever so much her father’s daughter. She is well-poised, elegant, and regarded throughout the Empire as a paragon of justice and the honourable ideals that hold the young Empire together like glue. She is a proponent of decreasing the blood debt inherent with Imperial citizenship in favor of a more formalized system of taxation, and the further expansion of the Imperial Lottery. She is a constant funder of charitable projects throughout the Empire, and even beyond, which has often turned her into the face of Imperial diplomatic efforts abroad - a fitting status, considering the ease at which she handles both people and money alike. Warm and welcoming while being sharp of wit and mind alike, the Crown Princess is often sent abroad - or travels abroad - to build goodwill for the Empire. She has proven adept at this role thanks both to her charisma and her well-cared-for appearance, which includes only the finest dresses and ramients in the Empire. The Crown Princess is known, in her private time, to favour more academic pursuits than her martially-minded siblings. She is the founder and the largest single sponsor of the Imperial Morozian Library, the largest public library in Dominia. It was founded in an effort to encourage education amongst Ma’zals, and remains free to access by all Imperial subjects.

The middle child of the royal family, Alexander is more focused upon the military arts than the diplomacy of his elder sister and the cunning of his younger sister. He is known to be, according to rumors associated with the royal family, a dear friend to Priscilla and somewhat distant to Hai - perhaps a result of the existing rivalry between Dominia’s general staff and admiralty. Alexander is publicly quite gregarious and boisterous, seemingly constantly full of energy and vigour - always pushing himself forward. Out of the three siblings, he is said to be the most well-liked by the Empire’s unathi minority due to his gregarious nature and martially-inclined mind. While boisterous in public, rumors swirl that Alexander is privately unhappy with his inability to be as diplomatic or as cunning as his siblings. Like his younger sister Hai, Alexander holds a military rank: he is a Captain within the Imperial Army. He is additionally a proficient duelist, having claimed a multitude of victories in tournaments hosted by the Royal Fencing Society. Alexander himself is a holder of the Royal Fencing Award with Diamond Oak Leaves and Crossed Swords, an exceedingly high honour within the Royal Fencing Society.

The youngest of the three royal children is, if rumors are to be believed, also the most cunning and intelligent of the three. Hai is said to be in many ways, by those more familiar with the Emperor’s family, more admiral than princess. She possesses a sharp mind, is known to attend wargames vigorously, is a dear friend of the Duchess Huiling Zhao (the Grand Admiral of His Imperial Majesty’s Fleet), and is rumored to be cold and calculating rather than the loving figure of her sister or gregarious figure of her brother. Princess Hai is currently a flag officer of His Imperial Majesty’s Fleet, with the rank of Commodore, but is often, to her chagrin, pulled off of military duty to serve in diplomatic functions. At these functions, her comparatively diminutive height of 5’5”, insistence upon masculine fashion, and slender build make her stand out amongst the typically massive nobility of Dominia. Unfortunately for her, she is not much of a public speaker. Hai is also a member of the Royal Fencing Society, and is a holder of the Royal Fencing Award with Diamond Oak Leaves and Crossed Swords. She is known to have a competitive rivalry with her brother, despite their disproportionate sizes.