The harsh system of Burzsia is located in the Weeping Stars region of the Alliance Neutral Zone and contains the brutal, tidally locked world of Burzsia I and an asteroid belt colloquially known as Burzsia II, also known as the Obsidian Belt. The system, a red dwarf star, is dense with precious minerals and heavy metals, and serves as a resource hub of Hephaestus Industries.

Prior to Hephaestus Industries purchasing the system, it was known the rest of the galaxy as a ship graveyard and dumping area, due to the asteroid belt being too dense for safe travel. Within that time, small numbers of Alliance and Coalition settlers began utilizing the scrapyards and mineral abundance in the asteroid belt to establish a fledgling colony. 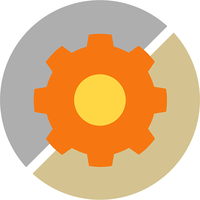 Ownership of the system was purchased by Hepheastus in 2411 CE for a pittance, dabbling into small mining operations as well as employing the local off-worlder population in exchange for providing supplies to continue their way of life in an agreement known as the Accord of Burzsia. Starting in 2446 CE, thanks to advancements in various different fields, the company’s investment in the system increased exponentially, rapidly increasing the size and scale of its many mining operations.

Today, the Burzsia System exists as an ambitious project, testament to Hephaestus' industrial might, with large scale mining operations all over the system as well as plans to turn Burzsia I into an energy and production super center.

The conditions on Burzsia I are completely inhospitable to organic life, being composed of 64% ammonia, 28% Co2, 6% N2O, and 2% other gasses. The average surface pressure is 13,000kPa (128 times that of Earth), and being tidally locked, contains a bright and dark side. The side facing the star averages around 820 kelvin (546C), whilst the dark side averages at 160 kelvin (-113C); The intermediate sections of the planet average at 520 kelvin (247C).

The planet’s surface is covered in geological activity and is stained with red, blue, and grey from metallic compounds and oxides. It remains very active, with volcanos constantly spewing alongside bubbling pools of metal not dissimilar to Venus. The dark side of the planet is covered in ammonia as a result of these emissions being dispersed as rain and snow. The sun-facing part of the planet features a blindingly white opaque atmosphere while the cold side is perpetually overcast, with never-ending electrical storms being visible. The intermediate zones are a brilliant red color. When viewed from space, the entire planet is a solid, milky white color. To outside observers, the constant wind, radiation, and lightning storms have earned the planet the moniker of “The Tesla Ball of Burzsia”.

Burzsia II is a typical asteroid belt interspersed with ancient scrap and shipwrecks. Danger is constant owing to the dense accretion of debris and rocks, as well as microscopic shards of metal from constant impacts of wreckage. Navigation is dangerous, requiring the assistance of an AI as well as shielding to survive the journey. The same dangers have rendered it incredibly valuable as the asteroid belt contains both precious metals and ancient, and at times, still functional technology.

The Burzsia System is inhabited by three groups, the native offworlder inhabitants known as “star-men”, migrant workers on behalf of Hephaestus, and the vast waves of IPCs the company brings in for work. While Burzsia I’s surface is the realm of the migrants, its orbit and the Obsidian Belt are home to the star-men. The IPCs themselves go wherever they’re needed, some working with the star-men to exploit the asteroid belt, and the rest are sent to the massive mining and construction effort on the planet.

A common trait among Burzsieans is their stoic and dour attitude. New arrivals to the system, as well as younger star-men, are discouraged from forming connections due to the dangers that plague the system. Empty caskets are common, with Hephaestus often sending steel to fill up the space. Burzsieans are said to have quick reflexes that help them in high-stress situations, however, some find themselves at an impasse when conversing with other people not accustomed to the danger they experience on a daily basis. This is not to say Burzsieans are unfeeling, indeed, a large amount of cultural exchange takes place in the system among newer arrivals. Most of Burzsia’s inhabitants come from both Solarian and occasionally Frontier territory; one of the largest minorities are Eridanian dregs who trade corporate adversity for the natural danger of the system. 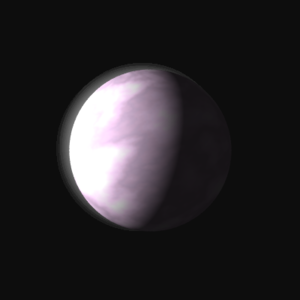 The star-men can be described as extremophiles, turning to cybernetics to improve their chances of survival in the harsh conditions of Burzsia. Utilizing both prosthetic limbs and organs, synthetic skin grafts, and whatever augments they can scrounge, it’s not uncommon for older star-men to have replaced more than half of their original body.

One cannot discuss Burzsia without discussing its connections to IPCs. Most Burzsieans, in one way or another, learn to rely on IPCs due to the hazardous conditions. They’re often sent in lieu of humans for the most dangerous tasks, such as cutting apart wrecks in the asteroid belt, or mining in the high-pressure environment of Burzsia I. Despite their cold, robotic, and at times, off-putting nature, IPCs are relied upon owing to their sturdiness and consistency. This reliance is not without caveats. The very same trust Burzsieans place on IPCs quickly turns to fear should they act outside of their programming. When an IPC deviates from its course and displays learning, they are quick to have its memory wiped and itself, reprogrammed. In more extreme cases, particularly with those IPCs which run the risk of causing accidents, they are disabled on the spot, and in the case of positronics that exhibit this behavior multiple times, are sold.

To a Burzsiean, an IPC is a piece of equipment critical to survival, and if that tool can no longer be relied upon, then the entire system is placed at risk. Emergent, less patterned behavior in IPCs outside of the star system tends to leave Burzsieans uneasy. A shell frame mimicking a human tends to be downright terrifying. Burzsiean IPCs are given the bare minimum to accomplish their tasks. Given only Sol Common and, should their foremen deem fit, Sol Sign Language, a Burzsiean IPC is expected to communicate only when relevant to their task. They are denied Encoded Audio Language so as to ensure that foremen are capable of monitoring their conversations at all times. Burzsiean IPCs typically refer to each other as “Worker” or “Unit”, organic workers as “Foreman”, and upper management as “Supervisor”.

A Burzsiean IPC is at all times cut off from the outside world, and their primary, and often only source of contact with organics is to receive orders and relay information. At times, a Burzsiean IPC will not differentiate between species, viewing all humanoids as human due to a lack of information. Due to the lack of emergent development and adherence to programming among Burzsiean IPCs, no sense of camaraderie is shared among them, and indeed, they are often programmed to report and hunt units which show non-standard behavior. Burzsiean IPCs come to the conclusion that following their foremen adheres to their self-preservation directive, further strengthening this behavior.

Burzsiean IPCs are not accustomed to clothing, being seen as a waste when their chassis is sufficient to endure the harsh weather. Simple webbing, storage, cooling modules, and protective equipment are utilized when needed.

If, for whatever reason, an IPC is transferred out of the Burzsia System, they are no longer subject to the Burzsian Method, and may experience emergent development without the risk of reprogramming.

The Burzsian Method is the practice of managing large IPC concentrations in the unique conditions of the Burzsia system. Conceived to maximize efficiency, foremen and roboticists carefully monitor IPCs working in Burzsia for spontaneous and emergent behavior. If such is exhibited, they are taken to a roboticist to have the behavior purged from its programming and memory.

Burzsia's method of containing their inorganic workforce has been met with mixed reception in the galaxy. In much of Solarian space, their method is regarded as the safest and most realistic way for humanity to control and maintain artificial intelligence without a singularity occurring. Although disapproving of the use of IPCs to begin with, the Jargon Federation approves, if reservedly so, of the approach Hephaestus has taken.

Pro-synthetic activists have opposed the Burzsiean Method, claiming that it limits the freedom of IPCs and is an incredibly cruel process. Most notably, Burzsia has been derided as “android hell”, owing to the dangerous tasks and lack of personal freedom afforded to the IPCs. The Trinary Perfection in particular considers Burzsia the antithesis of everything they are trying to achieve, as the Burzsieans deliberately kill genuine self-actualization in positronics whenever it manifests. Hephaestus and several other defenders of the Burzsiean Method have opposed this, claiming that IPCs do not begin with concepts such as freedom or self-determination, or even a desire to exceed their given task: giving them a desire for freedom and success in cases where it is unattainable is a far greater cruelty. Furthermore, they argue that positronics need not seek higher purpose when one is already assigned to them and readily fulfilled.

Regardless of an individual’s stance on the matter, several practical issues limit widespread adoption of the Burzsian Method among anti-synthetic groups and more risk-averse corporate entities. Notably, the monitoring and curbing of emergent behavior requires an immense investment in infrastructure and skilled manpower. Executives against the Burzsian Method are also quick to note that it limits the positronic brain’s ability to develop emergently and develop further skill sets and experience, reducing their capacity for learning. In testing, it was found to work best with IPCs that had low skill and limited tasks that were still beyond the capacity of a simple robot, but required the versatility and processing power of an IPC platform.

Burzsia has a grim reputation for having one of the highest worker mortality rates in the entirety of Human space, due to the hazardous nature of the star system and the work. Hephaestus is surprisingly candid about the risks, and offers extremely lucrative contracts to people daring to work there in spite of the danger.

The system is home to a number of space stations which are responsible for mining and salvaging the vast asteroid belt that is Burzsia II as well as managing supplies for the entire installation. A large planetary installation on Burzsia I exists as a base for ship breaking operations on the numerous wrecks that dot the planet as well as large mines.

Despite the focus on mining, Hephaestus has created a series of economic policies that will soon allow for an overhaul of Burzsia I - which will revolutionize Burzsia I turning it from a primarily mining planet, to one where it will instead be focused on production. Construction on a massive thermo-electric generator that will span across the planet from the sun-exposed hot side to the shaded cool side has already begun. These plans are far from completion but Hephaestus has ensured a steady stream of architects, engineers, and roboticists will be employed in the effort.

Characters from Burzsia are likely to:

Here is an example character from Burzsia:

Here is another example character from Burzsia:

Here is a third example character from Burzsia: