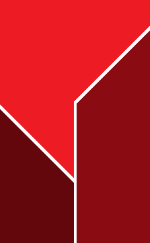 "His Majesty Emperor Bolesław Keeser, by the Grace of God and the Tribunal, King of the Holy Nations of Moroz and Chief Precenator of Moroz, Grand Emperor of the Imperial Alliance, Holy Lord of Ofassel, Eternal President of the Confederate States of Sovereign Findasuh, King of Sparta, King of Alterim Obrirava, King of Alterim Balteulis, Overseer of Sun Reach, High Lord Commander of the Dominian Imperial Armed Forces, Holy Liberator of Moroz, Ten Medal Immortal of the Tribunal Commandos honoris causa, First of the Great Houses, Lord Noble of House Keeser, Doctor of Laws honoris causa of the Juro School of Genetics and Bio-Sciences, Pirate King of the Orion Spur and the Tribunal's Divine Instrument." - Full title of Emperor Bolesław

Emperor Keeser is a skilled administrator and exceptional player of the political game. Originally an offshoot of House Zhao, Keeser utilized his support throughout the great houses following the retreat of Seryo from the throne to seize the power of the throne and found his own great house. He is considered to be a fair and just man, and one that has brought the Empire into an era of prosperity. Though behind the mask of prosperity lies trouble in the homeland, that may overcome a man that has revealed himself to be a quite clever and equally conniving leader. 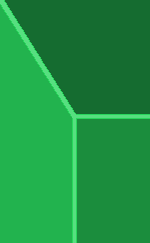 A militaristic Unathi-led house that owes its status due to its part in the Unathi invasion. They provide many of the commissioned officers and military officials of the Imperial Army, though House Volvalaad competes with them on military manners at times, and their house's advice on matters related to the military science is highly respected. Members of House Han'San are well known for a strict obedience to the common Code of Honor in Dominia, even more then other Great Houses, however on augmentation the family is split, as the more conservative elders warn against the perversion of the body through biological as well as synthetic changes. This belief is persistent within the House, as many members who are otherwise Tribunal adherents feel that one can't claim any honor in a battle won through genetic enhancement because the victory was not through their own efforts. It was the Han’San’s bravery at the Battle of the Five Points during the War of Unification that decided the day, rather than the machinery and science of the human houses.

Han'San's officers talented and skillful, but also crass and boastful and with a tendency to rush into things. They tend to have more room to maneuver with plots against other houses because of their influence within the army making retaliation from the Emperor tricky. The officer classes belonging to the human great houses, such as House Volvalaad, often look down upon their House Han'San counterparts as foolhardy and prone to jumping into engagements without foresight. Following the defeat of House Han'San on the battlefield in the Fisanduhian Liberation Campaign, their military influence has begun to wane in favor of the human great houses - primarily Houses Volvalaad and Zhao - that view themselves as the true reason for victory over the Confederated States in the Lightning War.

House Han'San is also responsible for the Imperial Armaments Company, the primary weapons and equipment producer of the Imperial Army, and the large Imperial Arsenals are managed under their discretion. The vast war materials needed by the Army and Navy from tanks, rifles, sabers, combat armor, and artillery are built by House Han'San in these immense factories and storage facilities. They also form a minority of the Imperial Army's General Staff (with House Volvalaad recently coming to dominate it), and work closely with House Zhao and Caladius, as well as numerous smaller houses, in military matters of both training and budget.

Han'san and Kazhkz are wary of one another, because they are each other's greatest rival but also most important ally. While they constantly bicker and feud, each House occasionally moves to help the other in disputes to maintain the status quo of the unathi-dominated houses. 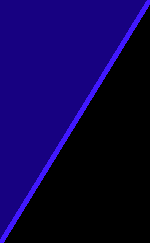 Based on the genetic scientists and leaders of the original Moroz colonies, House Volvalaad’s power is in its research and diplomatic dominance. Believing strongly that it is the Goddess’ will that Humanity improves upon itself genetically, they have innovated new gene-therapy techniques based upon their roots as horticulturalists, along with bio-chemical enhancements tailored to the environment of Moroz. House Volvalaad sponsors the Empire's renowned Juro University, and are known to send exceptional commoners through the school before integrating them into the family. They are the House most in favor of integration with human nations, and have successfully pushed for trade and diplomacy channels to be opened with other nations. Some members of the House wish to push for even further diplomatic openness, particularly a loosening of citizenship restrictions and a replacing of the sponsorship system with a bureaucracy. House Caladius, a key player in the Imperial bureaucracy, has already come out in support of this effort.

House Volvalaad is responsible in one way or another for a large majority of the Empire's research, on topics ranging from weapons and agriculture to medical areas such as gene modification and augmentation. They work closely with all the other Great Houses, particularly House Zhao in areas related to their focuses. Many members of House Volvalaad travel outside the Empire seeking experience in relevant fields to further improve the knowledge base of their House. 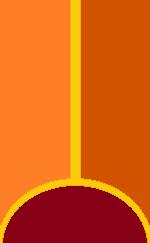 One of the more brazen houses with their wealth based firmly in privateering, these spacefarers provide many skilled seaman for the Imperial Navy, though the officer ranks of the Imperial Navy tend to be dominated by House Zhao. Often those of House Kazhkz that do not formally join the Imperial Navy instead become quasi-legal privateers. The Kazkhz are the other half of the Unathi invasion force - more traditionally Unathi then the Han’San, and partly responsible for the mixing of Sk’akhism into the Moroz religion. They, unlike House Volvalaad, are against the integration of Dominia into the galactic scale, seeking to remain in the isolation that the nation has prospered in. Like House Han'San they also shy away from augmentation, as even their younger members believe it trivializes the trials before them, or allows them "cheat" at life and battle.

House Kazkhz provides many of the Imperial Navy's enlisted personnel, with invaluable experience and knowledge on all matters related to seamanship in space, but has seen their share of the Navy's officer ranks shrinking in the face of House Zhao's increasing dominance over the Imperial Navy. Many nobles of the house also teach at the Imperial Navy Academy, though a new generation of House Zhao instructors has overtaken the pirate lord instructors of House Kazkhz in recent years. They work closely with other houses on matters related to the realities of manning, equipping, and operating a large modern navy. This waning influence within the navy has caused some concern amongst members of the Kazhkz, which are currently divided on how best to proceed. Nobles often debate on whether they should they opt to pursue decisive battle techniques similar to House Zhao's, or if they should hold to their old pirate traditions.

They continue their pirate tradition with some of their privateers operating without a Letter of Marque from the Emperor in a display of relative autonomy, though the Emperor and some of the human great houses are attempting to curb this practice. This means any captured Kazhkz won't be protected if captured, and those that are often summarily executed by patrol and anti-piracy fleets of the Coalition of Colonies. Lord Noble Kazkhz is coy when it comes to whether his Houses' raiding activities are being sanctioned by the Lord Noble. This leads to understandable tension between the Empire and its neighbors, and the Kazhkz are frequently engaged in a quiet tug-of-war internally over their pirating ways.

Houses Han'san and Kazhkz are wary of one another, as they consider one another each other's greatest rival but also most important ally. While they constantly bicker and feud, each House occasionally moves to help the other in disputes to maintain the status quo. 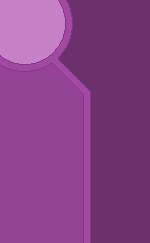 Based upon the Holy Kingdom's priestly and administrative classes, House Caladius is considered to be the wealthiest noble house in terms of sheer economic power. Using complex and efficient administrative systems, House Caladius manages to squeeze every Imperial Pound out of every inch of land that they control, before they then take this money and invest it in new infrastructure and businesses. One example of large infrastructure funded by House Caladius was the Imperial Railroad, turning huge profits in the recent years.

House Caladius manages to keep itself relevant politically by the sway it holds over the Holy Tribunal, more so than any other noble house. Due to its meritocratic founding as a merger of the priesthood and administration, House Caladius adopts more Secondaries than any other noble house, with Secondaries making up approximately 30% of the house. A great amount of the Empire’s clergy are still drawn from, or eventually integrated into, the ranks of House Caladius. Many Tribunalist temples are named after the nobles of House Caladius, which is and remains the largest sponsor of the Holy Tribunal and its associated Caladius-dominated bureaucracy.

House Caladius manages the central bureaucracy and bank of the empire, headquartered at the Keeser Imperial Bank of Moroz in the capital. The efficient bureaucrats of House Caladius play a large part in the inner workings of the Empire, especially in areas related to fiscal and administrative areas. They work closely with the Emperor, as well as the commanders of the Imperial military, to ensure adequate funding is received each year. 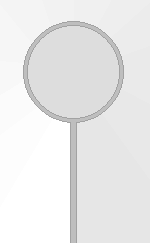 With their background as engineers, House Zhao is responsible for much of the Empire's navy and provides a great amount of its line and flag officers. They stepped up to the plate when it came to the formation of the Navy, and used a large amount of their allocated facilities and family funds to build shipyards and spacecraft when no other house was willing to take on such a responsibility. Lucrative naval contracts for everything varying from shuttlecraft, to fighters, to capital ships have been awarded to the House. House Zhao has seen a great amount of profit from the recent expansion of the Empire's territories, especially after a much larger naval budget was announced for 2461. Being rewarded for their efforts by the Emperor, the Grand Admiral of His Imperial Majesty’s Fleet has been a member or affiliate of House Zhao for as long as the Empire has existed.

House Zhao's expertise in civil engineering, ship architecture, and fortification design are well known. Some of the best civil engineers in the Empire come from House Zhao, and their engineers are second to none in the design of naval weapons, armor, electronics, and munitions. They recently received popular acclaim for the invention of a new design in the area of armor founding for ships by the famous ship architect Arabel Zhao, well known for her innovative ship designs. Due to the demands of the Navy, both in research and funding, cooperation with Houses Volvalaad and Caladius is commonplace.