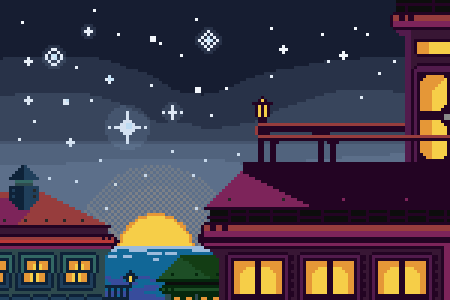 The only natural satellite of Earth, Luna is the oldest colony of humanity and has fascinated humanity since long before the dawn of space travel. Luna is humanity’s oldest colony and one of its wealthiest, due to the moon’s significant corporate presence. Cities on Luna are often partially underground due to the planet’s lack of an atmosphere, but many great domed cities exist on Luna as well. The primary language of Luna is either Sol Common or Tradeband, depending on which Lunarian you ask.

While humanity has been obsessed with Earth’s moon for untold millennia before the invention of the most primitive spacecraft, historians generally regard the modern era of Luna as beginning on 16 July, 1969 - when American Apollo 11 astronauts Neil Armstrong and Buzz Aldrin were the first humans to ever land upon another celestial body. These pioneers were quickly followed in late 1970 by the Soviet N1/L3 Soyuz 7K-LOK “Pervoprohodets” mision, which landed the third group of humans on the Moon. The “Moon Race” would continue for the rest of the 20th century and result in the first permanent settlement on Luna by the early 1980s - the Soviet “Zvezda” moonbase. The Moon Race ended in an arguable draw in the early 21st century, due to increasing economic instability on Earth.

Luna was mostly ignored by a humanity more obsessed with survival at home until 2070, when colonists from United Orbital Enterprise (a unified space agency between the USA, China, France, and Mexico) landed on its light side. Colonists from Cosmonaut Enterprises (a successor to the Soviet space program of the 20th century) landed on the dark side of Luna in 2072. With this the colonization of Earth’s moon had formally begun, and it would see significant use as a waystation for other points in the Sol system over the course of the upcoming decades and centuries. Due to its low gravity, the Soviets and UOE used Luna as a major shipyard and proving ground for deep-space equipment.

Further colonization to Luna took place during the 21st and 22nd century as climate damage gradually worsened, with many wealthy families and companies simply moving offworld to Luna when able to do so. The booming economy of Luna - supposed by Helium-3 and titanium mining efforts on it - helped create the environment for the foundation of humanity’s first megacorporation, Einstein Engines, in 2155. Luna’s prosperity has continued since then, and it remains one of the wealthiest planets in the Sol Alliance to this very day, despite its small size and small population. The Luna of today is, in many ways, the ideal colony. Rich, prosperous, and unfailing in its loyalty to the Sol Alliance.

Luna is a barren rock with almost no atmosphere to speak of, and its surface is extremely cold. To perform activities outside without a spacesuit is suicide, and much of its population lives underground or in massive “dome cities” on its surface. The moon is tidally locked to Earth and takes 28 days to make a full rotation, leading to it possessing both a light and dark side. The Lunarian surface is also home to heavy amounts of helium-3 and titanium, which have made it an ideal target for mining. Less populated areas often feature huge strip mines where materials for humanity’s expansion into the greater Orion Spur have been retrieved from the Lunar soil, with the resulting strip mines simply left unfilled - particularly on the dark side of Luna.

The population of Luna is minuscule compared to that of Mars and Venus, with roughly 1.3 billion permanent residents scattered across its surface. However despite its small population the residents of Luna are, on average compared to the rest of the Sol Alliance, wealthier and happier than anywhere else. Menial labor has been taken over by IPCs produced by Einstein Engines, which dominates the economy and politics of most settlements on Earth’s satellite.

Unlike elsewhere in the Sol Alliance Lunarian, culture retains connections to Earth itself despite the mish-mash nature of its settlements. As a result of this many locations on Earth’s satellite proudly boast of their connections to the Blue Planet while striving to maintain a culture similar to their Earthbound origins, though some cultural drift has occurred over the past centuries. Physical drift has occurred as well, with Lunarians typically being taller, thinner, and paler than their Earthbound counterparts as a result of their existence in artificial gravity slightly lighter than that of Earth itself due to the widespread usage of artificial gravity on Luna. Some Lunarians view this as a point of pride, with a tall stature being viewed as desirable amongst its plutocrats.

Most cities on Luna are actually located on its surface, particularly those descended from UOE colonies. The oldest typically use large shielded domes that remain clear due to the materials used in their construction - generally made of super-reinforced glass microthreaded with titanium - centuries ago. More recent domes utilize phoron-reinforced glass for a better view of the outside, and improved durability, and some domes even use solely force fields created by superheated plasma to create miniature atmospheres. The uniquely spectacular views provided by these domes are a point of pride amongst Lunarians, with the best views (particularly those of Earth) being reserved for the most elite of Luna’s elite.

There is no truly unified “Lunarian culture” beyond wealth and pride in their close connection to Earth due to the diversity of its small-yet-rich population, but there are some common traits beyond having an average familial wealth greater than entire colonies on the frontier.

One of these is Danza de la Luna, an extremely popular holiday on Luna said to date back to the 2070s. The holiday is originally rooted in the Chinese New Year, itself imported by Chinese immigrants to Luna, but has since grown to be a common holiday designed to celebrate the success of humanity’s first interstellar pioneers.

Apollo Day is another common holiday, taking place on the sixteenth of July. Similarly to Danza de la Luna, this holiday celebrates the success of humanity’s interstellar pioneers. However, this one celebrates the success of Apollo 11 specifically rather than explorers more generally. A variation on Apollo Day named Pervoprohodets Day is instead celebrated in Soviet-colonized areas, with this holiday instead taking place on the fifteenth of December - the date the USSR’s LK lander touched down on the Lunar surface.

Lunarians are, as a general rule, a tightly-knit people due to the barriers associated with entry into what is considered by some outsiders to be the "ultimate gated community." Loyalty to one's family is seen as a desirable trait, and the standing of a family in the pecking order of Luna can be relatively static due to what prestige is often based upon: how long the family has resided on Luna for. Some of the wealthiest and most prestigious families on Luna are the descendants of rich climate refugees from the late 21st century that have dwelt on Luna for as long as humanity has maintained offworld colonies.

As a result of their typically-esteemed pedigrees Lunarians are known across the Solarian Alliance - and human space more generally - for their immense pride in their home and mind-blowing wealth, with some families rumored to be richer than entire member states of the Coalition of Colonies. Due to this Lunarians are often stereotyped as haughty, arrogant people that look down their noses at others - even other wealthy Solarians such as Cytherean Venusians - and brag incessantly about their origins on humanity's first colony. A common joke in the Coalition of Colonies is that you always know a Lunarian: they'll tell you they're one very quickly after meeting you.

Harmony City is the official capital of Luna, with a population of roughly ten million, and is situated in the Sea of Tranquility near where Apollo 11 landed centuries ago. Notable locations within the city include the AESCO-L Museum of Aeronautics and Astronautics, which preserves the original Apollo 11 landing site within itself. Another major feature in Harmony City is Einstein Engines’ headquarters. Harmony City is located on the light side of Luna, and is regarded as one of the Sol Alliance’s wealthiest areas. It is viewed by Lunarians as a highly desirable as a location to live.

Gagaringrad is the largest and greatest dome founded by Cosmonaut Industries. Most of the “dome” is actually underground, leading to it being seen as very unattractive by Luna’s plutocrats. Despite this Zavodskoi Interstellar - perhaps attracted by the nearby colonial-era weapons testing facility at Shajin Crater - has a significant presence in Gagaringrad, and is the dome’s primary employer. Like Harmony City, Gagaringrad has its own slice of Lunar history - a museum centered around the Zvezda moonbase, one of the first permanent settlements on Luna.

Nouvelle Caen is one of the largest and most modern domes, located in the Mare Serenitatis on the Moon’s light side. Its usage of phoron-reinforced glass in its dome allowed for a larger dome than Harmony City’s, and it has remarkably managed to create an artificial “sea” inside of the Mare Serenitatis, which has become the only body of water on Luna itself. Nouvelle Caen is seen by the Lunarians as the peak of luxury on Luna and is regarded as the premier location to live on the moon, despite not being its capital. Many corporate higher-ups have penthouses here with the notable exception of Hephaestus CEO Titanius Aeson, who still resides in his Martian apartment.

Corporations are just as present amongst the elites of Luna as they are in the rest of the Sol Alliance, but the age and wealth of Earth’s only natural satellite has led to corporations being treated slightly differently here than on New Hai Phong or Silversun.

Einstein Engines is the undisputed hegemon of Luna, with Governor Kristen Anuja thoroughly at the beck-and-call of its CEO and most non-plutocrat Lunarians employed by it.

NanoTrasen has a fairly small presence on Luna, with offices in Harmony City and not much else. The local government is extremely hostile towards the megacorp, due to the local dominance of Einstein.

Zeng-Hu Pharmaceuticals remains the primary sponsor of the venerable Lunar University of Medical Science, and maintains some research facilities on Luna dating back to its early colonization that are used for low-gravity experiments.

Zavodskoi Interstellar maintains a presence on the dark side of Luna, where its weapons testing is less likely to cause a disturbance.

Idris Incorporated can be found throughout Luna, due to its consistent focus on luxury in all things.

Characters from Luna are likely to:

Here is an example character from Luna:

Here is another example character from Luna:

Here is a third example character from Luna: