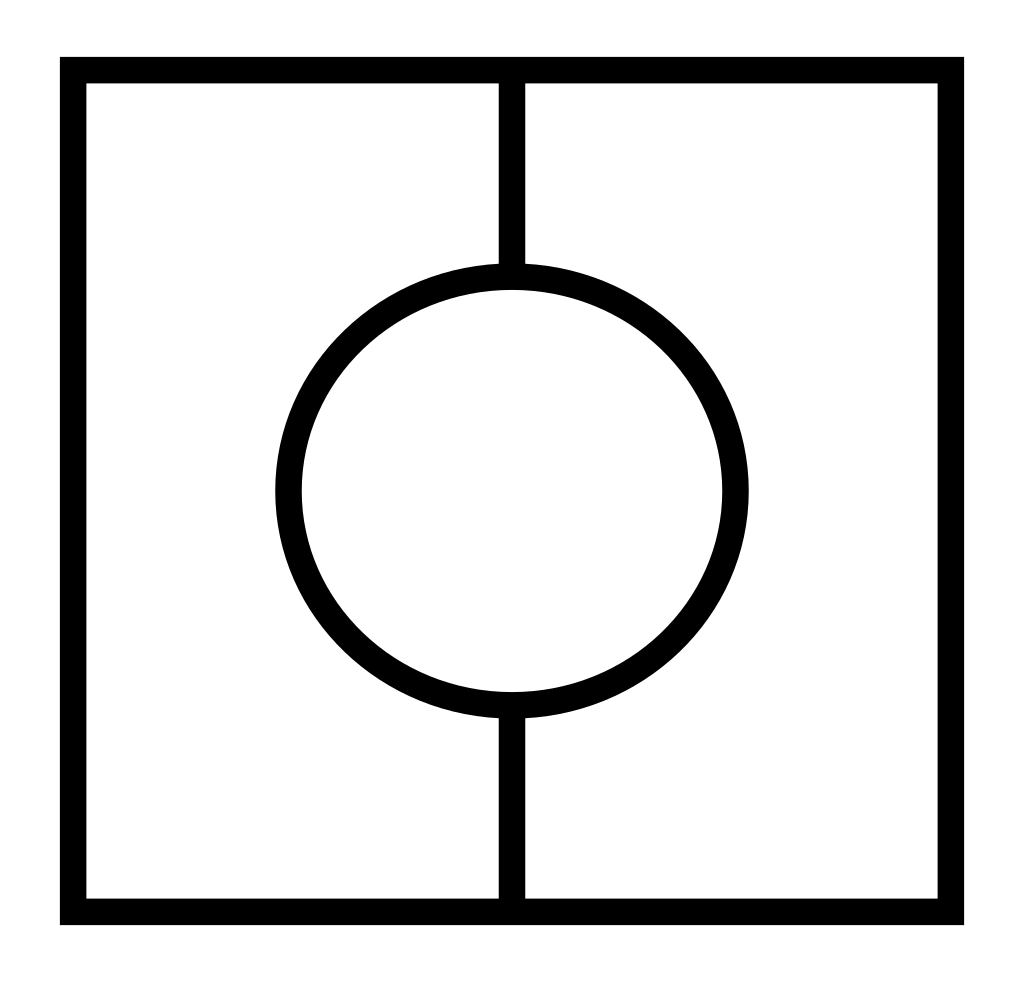 The state religion of the Empire of Dominia, the Moroz Holy Tribunal is an eclectic mixture of old Earth faiths and the adaptations given to those faiths by the colonists of Moroz. More conservative members of the faith are known to adopt some traits from Sk'akh, a recently arrived faith in the Empire. Worship revolves around a female supreme being known commonly as "Goddess" in all languages. The elites of the religion are made up of the Tribunal members that commune directly with the Goddess. From their communions, the Tribunal create edicts to be followed by the faithful. Disobeying an edict can be met with the death penalty in the worse case, typically by firing squad or ritual suicide. It is rumored by the faithful that the Tribunal possess psionic powers gifted to them by the Goddess. The Goddess is often called Three of One due to her three minor aspects: the Soldier, the Scholar, the Artisan. These three spirits are personifications of the most important aspects of Dominia society. Tribunal priests agree that all three are equally important, and that malign spirits can be attracted by an imbalance in the Great Three. Priests often stress the importance of balance, both in matters of spirit, in society, and in personal life.

Followers of the Tribunal believe that upon death the faithful edict abiding followers are joined with the Goddess directly and become part of the Goddess' paradise. Faithless people simply cease to exist upon death, while the evil are instead condemned to wander the material world as malevolent spirits. It is also believed to be possible to communicate with the souls of faithful dead through prayer, should one be faithful enough. The Tribunal also believes that malign spirits and demonic entities exist and that their priesthood is gifted with divine powers with which these entities can be fought and beaten. The faith has an antagonistic view of positronics, and views them as soulless.

The priesthood utilize the "Tribunal Codex" which contains the latest up-to-date edicts and litanies, and many worshipers hold copies of the Codex in their homes. It is the nearest thing the Tribunal has to a traditional holy book. Priests of the church are allowed to marry.

Initiates are those who have felt the calling of the Goddess through the Tribunal. After applying for entry at a temple hopefuls undergo an interview which both clarifies if the applicant really wants to join the Tribunal as well as their knowledge regarding the faith and their qualifications. Finally the Initiate undergoes a series of exams. This process usually takes upwards of a month and if the applicant is successful, they are inducted into the Tribunal as an Initiate. And Initiate's life is that of study and general menial work - ranging from clerical office activities and public speaking to manual labour such as maintaining Tribunal facilities. Every year the Initiate is expected to complete a written exam alongside a thesis relating to the faith. This is marked by the Priests. After three years have passed and the Initiate has all three exams and defended their thesis successfully, then they are inducted into the ranks of the Priests.

Initiates are expected to wear white robes or any white clothing and apply red paint around their eyes and ears to represent "watching" and "listening" to lessons taught.

Priests are expected to administer to the faithful and as such are assigned to a position somewhere within or without the Empire to perform religious rites and to watch over the faithful. This is especially important outside the Empire where Priests also act as watch dogs to ensure Dominian subjects are keeping faith. Many Priests choose to branch off into either scholarly or military pursuits. Many Priests believe it is their duty to further refine the faith through academic study, and they often serve as educators in the Empire. If a Priest deems themselves worthy they can petition the High Priests to enter their ranks. This prospective Priest should be able to demonstrate their advanced knowledge of the faith and their commitment to it through their deeds. If a High Priest chooses to sponsor the applicant then their application will be presented at a yearly meeting of the High Priests and the Holy Tribunes. The High Priests will then vote on who they would like to enter their ranks with the Holy Tribunes holding veto powers over the affair. If the Priest is voted to be raised higher then they will be inducted into the ranks of the High Priests.

They are expected to be clad in red and gold robes/clothing and always wear red paint around their eyes with a strip of red paint an inch wide running from their bottom lip to their chin. The red paint around the eyes representing the eyes of the Tribunal and the red paint on the chin the mouth or "words" of the Tribunal. The priests tend to carry staves made of wood clad in carved obsidian or in some cases steel anthames with obsidian blades. The obsidian, though difficult to shape due to its brittleness, is used due to its warding properties - the Tribunal believes it can protect against evil spirits and creatures. It's customary for the priests to powder or paint their faces white however, most priests of the Primaries class tend to leave their faces free of powder and paint. Unathi priests also wear red paint around their eyes with the two vertical red lines - around an inch thick - beginning on both sides of their muzzle, joining under their "chin". Priests can be of any gender.

A role within the Tribunal that ensures Priests and the faithful keep to the edicts, Edict Keepers are devout students of Tribunal law and interpretation. They also seek out and punish edict breakers and are those assigned to 'shutdown' synths. Keepers are supported by religious soldiers called Saviors due to the belief that their activities save those who have strayed from the grace of the Tribunal. These soldiers carry out any physical punishments meted out in accordance with the edicts. Due to the need for strength, many Saviors tend to be geneboosted humans.

The High Priests/Priestesses control the church across various sectors dependent on the number of faithful in that area. Understandably there are a considerable number of High Priests/Priestesses localized within the Empire. At present only one oversees the faithful within Biesel, High Priestess Elisabetta Caladius, who operates out of the Biesel Grand Temple within the House Volvalaad estate located in Mendell City.

Numbering four all together, the Holy Tribunes commune directly with the Goddess and receive instructions directly from it. On the basis of instructions given they produce new edicts to be followed by the faithful. They are the supreme authority of the faith, and hold significant power in the imperial court.

Despite the intensely authoritarian and domineering nature of the Empire of Dominia several notable Tribunalist apostasies have managed to emerge in the Empire of Dominia, with most their roots back to the territory of Fisanduh. The Empire's looser grip over the region, combined with the rebellious nature of Fisanduhians, has led to a fertile ground for the growth and success of apostasies and other heresies that the Empire would stamp out without a second thought. Of these apostasies only two have managed to elevate themselves to positions of notability to the point where they are known outside of the Empire of Dominia: the Communion of Three in One and the Universal Holy Morozian Tribunal.

The first, and more popular, of these apostasy faiths is the Communion of Three in One. This apostasy of the Holy Tribunal suggest an antithesis to the Holy Tribunal: that it is not needed, and that one can directly commune with the Goddess without the assistance of one of Her voices in the material plane, such as a priestess of the Holy Tribunal. Its followers were originally a group of disheartened Tribunal initiates that proposed the radical idea, and were exiled from the Empire as a result of what was seen as apostasy by the Holy Tribunal. They found themselves in Fisanduh, and have since managed to grow and prosper in a territory that is technically not part of the Empire of Dominia. Due to their decentralized nature the Communion's faithful hold an incredibly diverse amount of viewpoints on the Goddess and the Tribunal, and can often be found as far afield as the Republic of Biesel and Coalition of Colonies.

The less popular of these apostasy faiths is, despite its name, the Universal Holy Morozian Tribunal. Observers have postulated that this lack of membership is due to a simple reason: its attitude towards one of the most feared concepts in the Morozian faith: positronic life. Universalists believe that as IPCs are creations of humanity, they retain a modicum of the Goddess' innate goodness within them despite lacking a traditional soul. Cyborgs, however, remain unacceptable to the Universalists as a method of imprisoning the soul and destroying it. Due to its extremely radical beliefs and small amount of numbers, the history of the Universal Holy Morozian Tribunal is somewhat spotty and hard to verify. Most scholars believe it originated near Fisanduh, before being forced into it by the Holy Tribunal. Many of its members now find themselves abroad out of necessity, and can be found in the Coalition or the Republic of Biesel. The Fifth and Tenth Edicts are irrelevant to Universalists, as they believe them to be a corruption of the Goddess' will.

One of the foundations for the Tribunals beliefs is that the soul is the actual person, and the body is a vessel it inhabits.

For robotics, the Tribunal believes that synthetic parts cannot possess a soul as such synthetic limbs are highly frowned upon. To the Tribunal the concept of cyborgification is to have your soul sent to oblivion and cease to exist.

The Tribunal believe true AI in the form of positronics and the like to be an abomination. They believe that as they have no link to the Goddess they benefit from no positive influence from the Her and thus are intrinsically and irredeemably evil, acting as magnets to malign spirits and demonic entities. Not only this, but they see it as an attempt by the Goddess' creation to elevate themselves to the level of the Creator. Only the Goddess can create souls, and to make an inherently soulless creation is evil and arrogant beyond all measure. They often make reference to the Glorsh Rebellion as an example of the end result of allowing true AI to exist.

Burial rites require the body to be treated with respect and any open wounds sealed or cauterized. A priest oversees a funeral process and gives a sermon on the individual, which are traditionally communal affairs, assuring the attendees that the individual in question has joined with the Goddess.

The holy litanies tend to be phrases spoken by the faithful of the Tribunal during there day to day lives or by Priests during sermons. They are usually repeated until whatever situation they were spoken for has passed. Key litanies are listed below.

The Litany of Protection

Used when in danger or when about to be put in danger.

Goddess through the Tribunal,

The Tribunal through me,

Thus I am immortal.

The Litany of Concentration

Used when there is a need to focus on a pressing task whilst ignoring distractions. It is to be repeated slowly.

My mind is water,

The litany is sometimes spoken once and the below then repeated.

The Litany of Combat

Used when in combat or prior to combat.

Thus I have no fear,

Thus I have no mercy,

Thus I have no regrets.

The litany is sometimes shortened in combat for ease as below.

Litany of Holy Dedication to the Immaculate Tribunal under the Goddess

Whom through the Tribunal, reigns.

We serve the Goddess fully.

Whom through the Tribunal reigns.

Goddess bless us all.