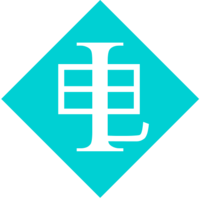 Idris Incorporated is an interstellar corporate bank based in Mendell City. They own the largest banks in humanity. They are also known for providing secure Credit storage and designer clothing labels.

Idris Incorporated exercises authority over seven million major banks spread across Human space and beyond, and has come to find itself in virtually every major power's pocket in some form or fashion. While not openly contesting NanoTrasen's net worth, Idris and its services can be found to extend as far as its looming superior can see.

Known for their (seemingly) fantastic relationship with the Trasens, Alex Mason was brought into the Idris family at a young age and quickly became the heir to the chief executive position of Idris Incorporated with no clear rhyme or reason. While the family had ensured their own blood led the company for hundreds of years, the sudden change of heart was seen as a shock to the public when it ended up in Mason’s hands in 2453. Since then, the young man has made little change to the corporate structure - Idris is the same as it’s always been, while Mason sits on a fortune. He is known to be deceptive at heart, with a substantial record of holding up to Idris’ brutal business tactics.

Idris Incorporated has services throughout the Republic of Biesel and the Sol Alliance, though in decline.

Chicago, United Americas, Earth, Sol: The Chicago branch directs the corporation’s activity in Sol. There have been talks of cutting losses on Tau Ceti and moving the company to Chicago, though the incredibly competitive corporate scene of the United Americas would prove difficult.

"We have authority to reclaim your security as per your loan agreement. I am cleared to use reasonable force to achieve this directive. Do not resist."

Notorious across the known galaxy, Idris Reclamation Units are shell IPCs constructed and programmed to investigate, interrogate as well as reclaim securities and or assets from a client in arrears. Capable of excellent customer service and a novelty to agreeable customers, their notoriety stems from their inhuman treatment of "problem customers". In the interest of carrying out their various 'directives', Reclamation Units are programmed, and granted authorization for, the usage of 'reasonable force' against clients, though this reliably never trends towards irreparable injury or death. A majority of contracts are settled ‘diplomatically’, with reasonable force, in teams of two units. Idris Reclamation Units are designated by the prefix “IRU-” followed by their name.

Idris Incorporated's Synthetic Department consists of both an investigative and asset reclamation division, as well as a security division. The Idris Security Division consists of medium to heavy class IPCs for use as bank security as well as higher risk reclamation contracts.

Known problematic clients will warrant the usage of the Idris Security Units. More often than not, these will consist of baseline and G2 chassis, though it's not unheard of to see different models. These teams are always accompanied by a human handler, who will be responsible for coordination and oversight. This is in order to manage the operation, authorize actions, command the unit, and secure any fallen members/equipment. The human handler will rarely engage in conflict directly, reserving the more dangerous operations to the IPC security detail units. IPC security teams consist of between 2-6 IPCs per human handler. Idris Security Units are designated by the prefix “ISU-” followed by their name.

Hierarchy between reclamation and security units is often determined on a case by case basis by the units’ handlers. This ensures orderly and efficient management in environments where IPCs may be without the immediate oversight of their human superiors. However Idris Incorporated employees are always considered as possessing seniority to the IPC security and reclamation units. Both reclamation and security units are carefully monitored by their human handlers and undergo regular check ins. Uniformity and obedience is expected, where behavior outside the norm often results in severe punishment. Idris Security and Reclamation units are expected to wear the “Idris Unit coat” found in the Loadout under the Xenowear - IPC tab.

Given the sensitive nature of their field, Idris Incorporated synthetics are barred from acquiring freedom and if sold, their positronic brains are memory wiped. Synthetics that are close to paying themselves off are quietly transferred to other branches wherein such laws do not apply.

Many IRUs and ISUs are sold second hand or loaned out to various corporations who usually utilize them for security or investigation work.

Idris Incorporated, the go-to business for any and all banking in the Orion Spur, is a notably secretive corporation. Reasonably so, it possesses the financial information of almost every living being in the galaxy. With great power comes great responsibility, and whatever power the Idris family was given has clearly gone to their heads - the decisions of higher-ups are erratic, and unpredictable at best. Some owe Idris’ continued place in the galactic stage to Zeng-Hu tech giving their executives genetic advantages over the opposition - others believe it’s just a big conspiracy and reminiscent of a big gang.

The deeper one looks into Idris, the less prominent people tend to be. Higher ranking officials slowly slither out of the public eye and find themselves officially retreating to luxurious hideaways - ones they’re never found using. Whatever the case, shady tactics and illicit business are part of the trade for a trusted Idris associate. Whether the effects of this drip down to the level of crew is up to you, the reader.

Idris, being fabulously rich, has no issue with paying others to do their dirty work. Its employees are well-paid, and often well-trained.

Idris Incorporated was founded as pressure grew for a secure way to store Credits and have them transferable across solar systems. Idris Trust was at the time, one of the few banking institutions that offered interstellar services based in Sol, making them one of the most experimental, yet immensely convenient choices for business firms, especially centered around Eridani space. Under supervision from the Idris family, the bank grew astonishingly, as more and more large businesses and corporations noticed the need to expand and extend their influence across the stars. It was then when it was decided that they touch on other fields as well such as power generation, and enter the stage of megacorporations.

Starting off, all of the most lucrative fields had already been dominated by firms such as Hephaestus Industries and Nanotrasen. As such, it was decided that a more commercial approach would be followed, focusing on power provision, electronics, gadgets, and software. With enough effort put in, Idris Incorporated secured a moderate foothold in the Solarian and Tau Ceti markets, with its biggest hit being its new cybernetics and augmentation services on Epsilon Eridani. As the corporation developed, so did its banking services and figures, landing it the title of biggest bank in the known galaxy.

Meanwhile, Idris Incorporated has managed to secure a place in the service synthetic sector, creating its own software and a decent IPC shell frame production line, intended for use as clerks and customer service, while still famed for its outstanding human staff in the high end service sector, with many acclaimed chefs and mixologists to accompany the high brass on their business trips, and to sooth big deals.

Founded by wealthy businessman William Idris, not much is known about the people behind the world’s largest human bank. Through the generations, the Idris would change their family seat from Sol to Epsilon Eridani, and from there branch off and expand to Mendell City, the current headquarters of the corporation. Erin Idris is the most famous for rapidly expanding the family bank to its new heights.

A very secretive family, the Idris never shared private information with the public. This has made them the subject of many theories by those who care enough. Their Eridanian connections appear to have enabled them to embrace heavy augmentations. The bright artificial blue light of the eyes, full coats, dark gloves and what appear to be bright cyan blood vessels on the necks of the most senior, fully retired from public eye family members, never fail to reinforce the feelings of abnormality and fear.

Despite their secret life, the Idris are known for their dubious deals and shady business, while perfectly maintaining the aura of outstanding, honest customer service they are so renowned for. It is no secret though, that when they feel their interests threatened, none of them would hesitate to adopt extreme measures. No few were the cases of “mysterious disappearances” of small rival business strongmen, or of “miraculous turnings” of problem customers, into ideal clients.

Idris Incorporated now runs the largest bank in known space and have expanded into the field of power generation.

The bank has begun offering joining bonuses to those who work for other major inter-stellar corporations to draw people away from using the companies own banks (such as NanoTrasen's Bank). However, they are still in a struggle with NanoTrasen due to it's large employee base mainly using the company's bank as their method of storing funds, preventing Idris from having a large amount of members. This has caused strained relationships between NanoTrasen and Idris Incorporated.