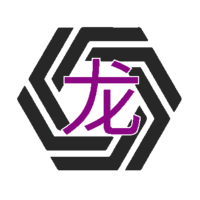 Zeng-Hu Pharmaceuticals is a trans-stellar medical research and pharmaceutical conglomerate with origins on 21st century Earth. They are responsible for the invention of modern cloning techniques.

As the foremost medical service in the galaxy, overshadowing the former monopoly NanoTrasen once had over the specialty, Zeng-Hu's influence is immense. Their responsibility extends to the health and well-being of almost all citizens of the major galactic powers, with hundreds of minor subsidiaries delving into the pedantics of healthcare across the Orion Spur.

One of the smartest living humans in the Orion Spur, Doctor Hsiao-Li secured her position as the head of Zeng-Hu Pharmaceuticals through ability rather than family relations, and has seen Zeng-Hu secure significant shares of the human and skrellian biotech markets under her watchful eye. Hsiao-Li has a reputation as an extremely strict woman, even amongst Zeng-Hu Pharmaceutical board members, that does not tolerate failure. This has worked wonders for the reputation of the company’s workers, as one screw-up is enough to get them fired, but has made Zeng-Hu Pharmaceuticals a much more stressful company to work for than its main competitor of NanoTrasen. However, should an employee show success, Hsiao-Li rewards it.

Though their headquarters are in Epsilon Eridani, Zeng-Hu Pharmaceuticals can be found throughout many areas in human space. Here are the locations of their primary and largest branches.

Isis, Oran, Epsilon Eridani: The headquarters of Zeng-Hu Pharmaceuticals can be found on Oran. The skyscraper is notable for being decorated in an interesting mix of traditional Terran Chinese and corporate Eridani styles. The Board of Directors are housed in the upper floors, with the highest levels being for corporate activity.

Shanghai, China, Earth, Sol: The Shanghai branch oversees most of Zeng-Hu’s activity in the Sol Alliance. With nearly twice the amount of workers as the second-most staffed headquarters, the Shanghai branch is an incredibly lively, bustling place.

Mendell City, Biesel, Tau Ceti: The Mendell City branch can be found in Xinghua Prefecture, standing tall among the surrounding complexes. Security is incredibly tight in Mendell City, though officials refuse to directly answer why.

Bishop Cybernetics is a relatively young subsidiary of Zeng-Hu Pharmaceuticals, founded on Biesel in April of 2418. They specialize in innovations in biomechanical engineering with a focus on prosthetics and mechanical organs.

Bishop Cybernetics was founded on Biesel by Grant Bishop and Owen Harrison. Both had dropped out of study at the Biesel Institute of Robotics to focus on business. Even though prosthetics wasn't a new field by any means, and it was mostly dominated by giants like Zeng-Hu and Hephaestus, Bishop felt there was room for innovation.

Bishop and Harrison both worked out of Bishop's personal pod bay for their first year, working to improve on the existing design for a mechanical prosthetic hand. They unveiled this new design at the annual Mendell City Innovation Conference and caught the attention of several investors with their flashy, sleek design with an integrated holo-watch, communications center, and patented user interface with a haptic feedback enabled holographic display called iTouch. Most notable about this first design was the fact its power draw was no greater than other designs already out there, despite running several different accessory modules.

After a wildly successful campaign spanning over ten years showcasing every iteration of their new prosthetics at every opportunity, Bishop Cybernetics opened their first major manufacturing facility on Isis in 2430. This drastically reduced the costs associated with production and allowed Bishop Cybernetics to become even more profitable. The high-energy Grant Bishop still attends conferences and events, giving speeches and demonstrations, and often makes a point to show off his own prosthetic arms and eyes, which he has linked to his own home devices including his thermostat, doors, electrochromic windows and microwave. In 2456, Bishop suffered from heart failure, and underwent an operation to have a Bishop Cybernetics mechanical heart installed. He has since claimed to be "synthetic at heart", coming back from the operation to announce a new division of Bishop Cybernetics focusing on synthetic intelligence research.

Bishop Cybernetics' focus on power efficiency, luxury, and innovation meant its niche market was composed mostly of technological enthusiasts and a number of transhumanist fanatics. This is, of course, not without controversy, especially among more traditionally-minded consumers skeptical of the radical ideas usually pushed by Bishop Cybernetics. The heavy regulation of prosthetic devices often means the most attention-grabbing products are meant for headlines only, kept behind red tape to never leave the showroom. Uncomfortable with Bishop's direction, Owen Harrison officially resigned from the company in December 2458.

The continued growth of Bishop Cybernetics has proven without a doubt that there is a small, but lucrative market for these big ideas and the controversy often stirred with Bishop's ideals has ensured they have a place in headlines on a yearly basis.

During the last conference held during a Ned Talk on Biesel in August 2459, Bishop shared the stage with a state-of-the-art IPC designated "Axiom". This IPC's frame was entirely by Bishop, with a glass-encased hologram display for a face and a claimed internal battery life lasting for up to three weeks on standby. It isn't known when, or even if, this model will ever be approved for production.

Jeonshi Beauty Company is a subsidiary of Zeng-Hu Pharmaceuticals, founded on Earth in October of 2421. They specialize in the beauty industry, with a focus on advanced skincare and makeup products.

Sunchunina Nin: A line of natural makeup made completely from organic materials. Also known as Pure, Natural, You.

Yokaine: A line of bold, colorful makeup targeted towards clubbers. Also known as Faekin’ It.

Chapifu: An all natural skincare brand with many lotions, cleansers, and masks. Also known as Tea Skin.

Shiheomsil: A more chemical brand of skincare products. Shiheomsil is most famous for its cheap, patented, symptom-free acne vaccine. Also known as Cleancare.

Pyeon-song Sumiki: A respirator brand for those with asthma and other breathing problems, as well as for those living in polluted areas. Also known as Breathe Easy.

Founded by Zeng-Hu to leverage their contacts and power in the pharmaceutical industry, as well as diversify into what they saw as a customer base unlikely to be lost through competition or technological advancement, Jeonshi Beauty Company was born after a long board meeting on Earth in 2421. Thanks to their parent corporation’s influence, they have since become one of the largest cosmetic companies present in Alliance space despite being a relatively young company.

While perhaps not being the most innovative in their field, their large consumer base can be thanked by their low prices and celebrity endorsements; their remarkably low operating costs can be attributed to Zeng-Hu’s establishment in industrial sectors relevant to their products’ manufacturing.

"Pure foods for all."

Nojosuru Foods is a subsidiary of Zeng-Hu Pharmaceuticals, founded on Earth in 2252. They are known for their surprisingly affordable and incredibly quality foods, as well as growing many crops used in pharmaceuticals and luxury items.

Jiazoku Rice: A brand of sweet rice usually sold in bulk to restaurants or in family-sized bags.

After the global terraforming of Earth, vast swaths of fertile farmland were created. Hoping to get a jump on the revitalized agricultural business, frugal millionaire Futaba Umebayashi created Nojosuru Foods in early 2252. Umebayashi focused on creating an efficient, clean company with affordable products. The business flourished, rapidly expanding across Earth.

In 2415, Nojosuru Foods was approached by Zeng-Hu Pharmaceuticals for a contracting deal. Nojosuru agreed and began growing a majority of their crops for Zeng-Hu. It wasn’t until 2420 that Zeng-Hu officially bought out Nojosuru Foods as a subsidiary.

Zeng-Hu Pharmaceuticals, and the majority of its minor subsidiaries are professional science at its core. The public-facing sections of the megacorporation operate one of the larger public relations departments in the galaxy, a necessity for something as controversial as the primary healthcare provider. This reflects on employees as their workforce is encouraged to be plotting and outright secretive. As well, the openly declared pursuit of Zeng-Hu has been the perfection of the sentient form, and rapidly progressing what could be construed as the “expected evolution” of Humanity. The details of the future of this expectation are unfortunately classified, and guesses as to what the corporation plans are varied - from grounded, to completely ridiculous conspiracies.

Commercial contracting with Zeng-Hu is a cut-throat, careless business where decisions from completely untraceable elements within the corporation drift down to the lower ranks, usually deciding the course of lives. Workers take pride in their own capability to dodge the unknowable forces above, inadvertently, and the ideology has ended up fostering one of two things ; either fear for one’s superiors, or a dangerous lack of care. The latter in this environment rarely ends well.

Zeng-Hu Pharmaceuticals rarely works alongside Zavodskoi contractors - intentionally so. The two corporations frequently butt heads after Zeng-Hu Pharmaceuticals left Zavodskoi genetics research in the dust, with the relation between the two sour at best. This echoes down to the lowest ranks, as even the common worker can find themselves cheered on to beat the opposition. This isn’t an excuse to get fired by trashing your coworker.

Zeng-Hu Pharmaceuticals was born from the merging of two companies on Earth in the year 2032: Mao Zeng Biotech, and Chi-Wan-Hu Incorporated. The company pioneered the way in the field of cryonics and cryogenics, manufacturing the first truly viable "cryopod" designed to safely house a human being during long-distance space travel. This proved instrumental during the colonization efforts of Mars and Luna. However, the success was relatively short-lived, as the economic hardships of the mid-22nd century hit the company hard. While never completely disappearing, the company was overshadowed by the rise of other corporations edging in on the field of biotechnology and pharmaceuticals. Zeng-Hu stayed in the background for years, though their continual innovations allowed them to stay somewhat competitive.

It wasn't until the year 2332, when the Skrell were first encountered, that the company was well and truly thrust back into the limelight. As with many other companies jockeying for positions from which they could benefit from the advanced technology of the Skrell, Zeng-Hu sent representatives to try and convince Skrellian scientists to establish joint cooperative research teams with their own scientists. However, unlike with the other corporations, whom most of the scientific community of the Skrell perceived as simply greedy, they were truly impressed by the vision and drive shown by the CEO Vanas Peng and his board of directors. After three years of cooperative research, the first viable example of cloning technology was created.

Zeng-Hu was quick to patent the techniques and equipment, and continued to advance in the newly created field of the cloning of sentient organisms. Techniques were developed that allowed clones to have direct copies of a subject's memories and personalities implanted in their psyche. While cloning technology was highly controversial when first introduced, it has since become an accepted and even promoted part of Human and Skrellian society.

Zeng-Hu Pharmaceuticals is now among the most powerful trans-stellar corporations present in the galaxy in the modern day. Today, Zeng-Hu Pharmaceuticals works closely with Nanotrasen Corporation through a series of mutually beneficial economic and research agreements. Zeng-Hu provides the newest advancements in cloning technology to Nanotrasen for use on their facilities, and Nanotrasen in turn loans their best researchers to assist Zeng-Hu with further advancement and development.