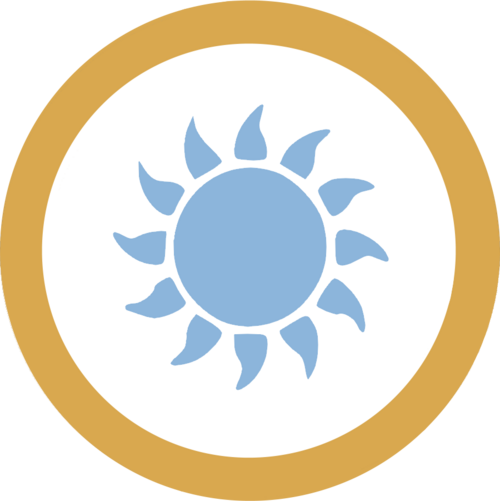 The history of interstellar policing and security in the Solarian Alliance is as old as practical human space travel itself, although it only became formally institutionalized with the formation of the Solarian Interstellar Policing & Crime Prevention Agency in 2140. Prior to this point interstellar policing had primarily been carried out by individual countries and organizations based upon on Earth, which had become increasingly impractical as humanity branched out first into the Sol System and then beyond it with the advent of practical warp engines in 2130. The SIP-CPA proved itself to be significantly more effective than the smaller agencies that had preceded it and this success would eventually lead to the founding of its sister agency, the Solarian Interstellar Security Agency (SISA), in 2157.

But these two agencies would eventually find themselves overworked and overtaxed by the rapidly expanding Alliance as the 22nd century ended and the 23rd began. The Alliance’s push to expand its borders had clearly overcome their capabilities by the mid-2220s, requiring the creation of an entirely new agency in 2228: the Solarian Interstellar Intelligence Bureau (SIIB), an agency tasked solely with ensuring the security and stability of the Alliance’s distant colonial frontier. Due to the increasingly shaky control of the Alliance over its distant colonies the SIIB was given nearly unlimited authority and almost no oversight in its mission to ensure security and stability, and the Bureau almost immediately turned to what it referred to as “strong methods” in order to ensure loyalty to Sol remained. While the SIIB -- despite its methods -- failed to prevent the outbreak of the Interstellar War and subsequent formation of the Coalition of Colonies it remained active due to its deeply-seeded intelligence networks across the Coalition, effectively proving its usefulness to the Solarian government despite any moral qualms they may have had over its techniques.

Following the Solarian collapse after Violet Dawn the Alliance’s security, policing, and intelligence agencies remain as valuable and important as ever for the now-shrunken Alliance, though they now find themselves scrambling to deal with the aftermath of Violet Dawn even a year later. The Alliance’s security -- and its future -- may very well depend upon them, and none wish to be found wanting by history.

While much of the Alliance’s day-to-day security is managed by local planetary policing agencies such as the Venusian VPPF and Callistean CMPD situations often arise that go beyond the authority a planet or system and require greater authority to resolve, such as issues with piracy and smuggling in the Middle and Outer Rings before the events of late 2462. The task of coordination in these cases falls upon the bureaucratic and Byzantine shoulders of the SIP-CPA, which is responsible for coordinating and managing thousands of these situations on a daily basis due to the sheer size of the Alliance. The SIP-CPA is an efficient yet often exceedingly slow organization due to the amount of cases it handles on a daily basis, and many planetary police agencies often find themselves grumbling at the amount of time it takes requests to snake their way through the bureaucracy of the Agency. Despite the lethargic pace at which the Agency works it is, in the eyes of many Solarian security officials, irreplaceable due to the coordination it provides between the many disparate agencies in the Alliance. SIP-CPA employees rarely find themselves in “on the ground” situations due to the Agency’s primary purpose of coordination. As a result SIP-CPA agents are generally seen as the “softest” of the Alliance’s three agencies, but still command respect due to the amount of work they perform to keep the Alliance’s policing apparatus functional.

Working alongside the SIP-CPA is its more active counterpart, the SISA. While the SIP-CPA is focused upon macro-level coordination, the SISA handles crimes that go beyond the capabilities of a singular member state’s local police forces. The Agency is typically seen as the more glamorous of the Alliance’s two domestic security services due to the more hands-on and high-visibility work it conducts. Despite its greater glamour the Agency could not function without the support of the SIP-CPA, which provides it with the information it requires to act and is responsible for authorizing the deployment of its agents to the field. As a result the Agency is somewhat slow to act and respond, but almost always solves cases and problems it is assigned to -- no matter how long they may take. Agency branch offices can be found throughout the Alliance’s member states.

Originally created as the SISA and SIP-CPA’s counterpart in the Solarian frontier (now the modern Coalition of Colonies), the SIIB has since become the Alliance’s primary intelligence service for external concerns. As a result of this role the Bureau itself is shrouded in a large amount of deliberate secrecy, and few outside of it itself and the higher echelons of the Solarian government understand the extent to which it operates within other nations -- or within the Alliance itself. While it is known to operate in the Republic of Biesel you should not play an active or former SIIB agent as a non-antagonist on-station character, as Bureau operatives often work directly against the interests of NanoTrasen and the Stellar Corporate Conglomerate.

Due to its role the Bureau has never had significant oversight by the greater Solarian Alliance, which has led to it developing and adopting a variety of quasi-legal methods in order to achieve its ends that are typically described as its “strong methods,” in its official documents that range from simple psychological manipulation to the so-called “truth serum,” an experimental chemical cocktail designed to extract a confession from an unwilling detainee without regards to their health. These “strong methods” the Bureau employs have greatly contributed to its controversial history, which dates back to before the Interstellar War and its original purpose as an organization designed to ensure stability in the Alliance’s colonies. The Bureau’s shadowy nature has only enhanced the reputation of these strong methods and much of the information on them is still classified, which has led to a significant amount of rumors regarding what the strong methods Bureau uses in its interrogation rooms are.

Despite the well-known reputation of its interrogation rooms the SIIB’s primary day-to-day work is centered around gathering intelligence through passive interrogation and observation alongside active infiltrations, which it has become extremely adept at over the centuries since the Interstellar War. The Bureau is rumored to have nearly completely infiltrated the government of the Republic of Biesel on almost every level despite efforts by Biesel’s local authorities to stop and is alleged to have had a hand in many of the crises the young Republic has suffered, up to and including the infamous Clandestine Incident of 2462. The governments of the Coalition of Colonies and Republic of Elyra are said to be similarly infiltrated, though the Bureau’s reach (or, perhaps, its interests) have not yet extended to the more isolated Empire of Dominia. While operations in the Human Wildlands by the SIIB have not been officially confirmed by the Bureau or by the Solarian government, rumors of meetings between officials of the SRF, SSMD, and SPG and unknown actors in Solarian-produced ships can be found across social media. While the SIIB's purpose in the Wildlands is not currently known, it is doubtlessly heavily involved despite its lack of official confirmation.

The Bureau’s infiltration efforts do not stop at other human governments and it has influenced non-human governments across the Orion Spur to further Solarian interests, with its skrellian and tajaran branches being the most prevalent of its non-human intelligence wings.

Of these two the skrellian branch is the larger and more developed one thanks to the greater amount of time that humanity has been in contact with the skrell. The skrellian branch is widely-known throughout the Bureau for its creative approaches to hiding classified information from a psionically-capable species. Bureau facilities (and some facilities that are not affiliated with them at all) are generally aluminium-lined to prevent nlom field interactions within classified areas such as interrogation rooms, and the skrellian branch was responsible for the creation of the first practical mindshield shortly after first contact. While similar corporate mindshields exist, Bureau mindshields are highly-classified and exclusive to the agency itself. Rumor has it that they are capable of turning the psionic energies of a skrell onto the skrell themselves but they, like much of the Bureau, are shrouded in rumors and falsehoods.

While smaller than its counterpart the tajaran branch has a long history of clandestine activities on resource-rich Adhomai that stretches back to the First Revolution, where it was initially active through the use of long-range observation equipment. The People’s Strategic Intelligence Service, the main intelligence organization of the People’s Republic of Adhomai, was trained by the Bureau until the start of the Second Revolution, with the Bureau’s instructors leaving before the war began. While President Hadii’s assassin was a PSIS agent, and did assassinate him with a rare energy weapon, the Bureau has repeatedly denied that it had any role in the assassination or chaos that followed. With the breakdown of normal relations between Sol and Adhomai the Bureau’s presence on the planet has allegedly lessened yet some on Adhomai still believe it operates in Crevus under the cover of the city’s non-tajara population, still manipulating events on the planet from behind the shadows.

The Alliance’s justice system is an archaic product of its bloated bureaucracy with some charged persons taking months to go to trial, though these waits are often much shorter in its core worlds. The average time a charged person spent awaiting trial within the Solarian Alliance was 19 months and 28 days. In most member states of the Alliance accused Solarians are subject to the judgement of a jury of twenty of their peers, and their trial is presided over by an elected judge of the Solarian Judiciary. However there is one notable exception to this system of justice: Mars. Since the events of Violet Dawn in 2462 the Martian judicial system -- already known for being extremely harsh on the convicted -- has been superseded and replaced by military law under the Solarian Army’s emergency government. Martian convicts are instead subject to the judgement of a Solarian Army military tribunal, which often deals out harsh punishments up to execution by firing squad. The Solarian Supreme Court is staffed by nine judges who are appointed by the Prime Minister and approved by the Solarian Parliament that serve for life or until retirement.

Prisons in the Alliance are owned and operated by the state, and vary based on location and security level. Generally Alliance prisons tend to be centered more on containment than rehabilitation, and many suffer from mediocre conditions. The Solarian Navy is the primary transport of detainees to the prisons, which has given it a significant amount of influence over the system. This influence has led many to believe the Navy assisted former Prime Minister Frost in escaping both his Venusian and Martian prisons prior to his pardoning and ascension to Sol’s Prime Ministership.