Throughout the tumultuous events, Skrell were divided and sent to various cities across Tau Ceti. Majority of the refugees found themselves assigned to the port city of District Eight within Mendell City, mostly set up in hastily built habitation units provided by either Hephaestus Industries or NanoTrasen Corporation. A majority of these habitation units often float above the water of Severson's Rift with parts of them even being submerged to accommodate the Skrell biology. Towards the ports of Severson's Rift, habitation units can also be seen stacked on one another to create rudimentary high-rises that host entire family units. Most habitation units are outfitted with gardens, showing a stunning display of hues when witnessed from above.

Those settled within the region have begun to refer to the transitory refugee camp as the “Starlight Zone” due to the lack of established residencies in the district and its lowered light pollution, allowing the observation of constellations and other orbital bodies residing with Tau Ceti. Many Skrell who are not refugees also find themselves attracted to this location; often buying out nicer high-rises and flats that refugees cannot afford.

Lekan Village has a tenuous relationship with Severson City due to differing ideals and cultural clashes. Occupants of each city often get into various arguments surrounding local politics and culture. 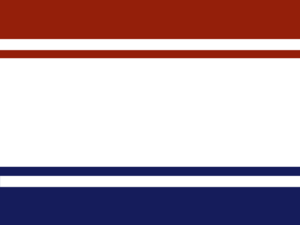 Severson City is completely closed off to non-Skrell.

Red Spotted Fever is a fairly common ailment plaguing those born in the Radiant Era who reside in the Starlight Zone. Due to the close quarters of the zone, Skrell are often isolated in makeshift clinics when affected by the fever; only being allowed to see family and friends once fully healed. It is speculated that the Skrell cuisine, Fjylozn, that is grown and prepared in Severson's Rift is at a higher risk of carrying the bacteria responsible for the Red Spotted Fever. Neighborhood watches are investigating certain market stalls that seem to be ground zero for the spread of the disease and they are promising that health and safety standards will be brought up to par. As of now Fjylozn is still being prepared and sold within the Starlight Zone; however, one must be wary of prices that seem exorbitantly cheap as more often than not the cook has cut corners and prepared the meal inadequately.

The Starlight Zone finds itself as the host of many different cultures; some native to Jargon and others entirely new. Skrell who are not employed will frequently find themselves taking on a merchantlike role within the zone; haggling with outsiders and then selling their goods in makeshift stalls both above and below-water. Unemployed Skrell who do not have the social skills to become merchants may find themselves joining scavenger units that scour District Eight and Severson's Rift for long forgotten scrap while others become fisherman who sell their catches to local chefs. Those with culinary skills may even open up a restaurant stall that boasts a wide variety of Skrell cuisine. Overall, the layout of the Starlight Zone is akin to a large village. The above-water areas as well as the below-water areas are speckled with small plazas, gardens, and habitation modules that make the Starlight Zone feel compact and busy.

Due to the strict divides between Severson City and Lekan Village it is not uncommon for tempers to flair between Axiori and Xiialt inhabitants. Most of the arguments and disputes between Starlight Zone occupants can be compared to competitive banter but physical altercations can also arise. However, if a Skrell is not actively looking to engage in debate and is respectful of an area's culture then they will generally go unnoticed and unharmed. The neighborhood watch groups further encourage this divide by frequently plastering posters showing the opposite organization as inept; these posters are mainly used to garner support and donations from their respective occupants. Should an occupant of the Lekan Village be apprehended by a Severson City neighborhood watch (or vice-versa) the punishment will be more severe. This has lead to the neighborhood watches negotiating on their respective occupant's behalf for better treatment when being apprehended.

Skrell within the Starlight Zone are often fond of human-made teledramas as well as some classics from Jargon. Skrell can often be seen crowded around a television unit with multiple family members and friends to watch reruns of Swimstars as well as some local human shows. Televisions are not prominent in the Starlight Zone which leads to large viewing parties whenever new episodes are released. These viewing parties will often take place in the common area of a habitation unit or within a public merchant stall.

Another favored pastime within the zone would be competitive e-sports. Due to the mandate that forces Skrell refugee to join the Tau Ceti Foreign Legion; the videogame played on the NT-Game! system, Foreign Legionnaire: Heroes of Tau Ceti, has seen a rise in popularity within the Starlight Zone. Many Skrell will hold local competitions and boast their competitive ranking and it would not be uncommon to see Skrell wager Credits during "1 vs 1" matches. Many members of the Starlight Zone have even started betting on the outcome of popular matches; something that the Quix-Collective is more than happy to assist in. 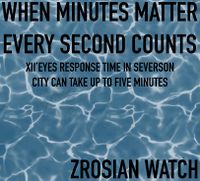 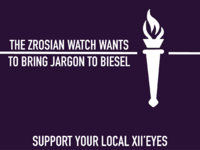 An example of Pro-Xii'Eyes propaganda frequently found in Lekan Village.

Aside from the border checkpoints there is little policing actually done within the Starlight Zone due to the general landscape and underwater portions of the zone. This has lead to organizations akin to neighborhood watches rising in popularity. These neighborhood watch groups often clash on who has "jurisdiction" of specific areas. However, it is commonly accepted that the Zrosian Watch has jurisdiction of the submerged areas while the Xii'Eyes keep track of the above-water areas.

This neighborhood watch is made up almost exclusively of Xiialt becuase the biological differences of the Xiialt make them more adept at responding to crimes in Lekan Village. Members of the Xii'Eyes also find themselves working with border guards quite frequently; making them, in their own eyes, the official neighborhood watch of the Starlight Zone. Due to a large portion of Xii'Eyes showing up to crime scenes they are commonly referred to as the "General Infantry" of the above-water. Currently all decisions are made by the the Xii'Eyes' leader; Pex Qu'Oiualoi.

Gasriders of the Starlight Zone partake in the smuggled Xu'Xi gasses that are natural to Qerr'Malic's core. However, the legitimacy of these smuggled gasses are questionable; many of the shipments are speculated to cheap synthetic knock-offs that achieve the same effect at the cost of a nastier hangover. Those under the effects of smuggled Xu'Xi gasses will often have increased tear secretion, feelings of euphoria, and frequent black outs within their memories. Due to the widespread importation of Xu'Xi gas and the sub-optimal living conditions of the Starlight Zone many Skrell find themselves addicted. Possession of Xu'Xi gas capsules is considered a crime and neighborhood watches will often seek out supposed dealers. Neighborhood watches have also attempted to crack down on the import of smuggled Xu'Xi gas by members of the Ti'Rakqi; those caught importing will often be turned over to the border guards. The Gasrider community has a growing presence, despite the local authority's best efforts, and being under the influence of Xu'Xi gas itself is not a crime.

While smaller, petty crime happens regularly in the Starlight Zone there seems to be an overarching group who oversees the more lucrative aspects. The Quix-Collective oversees multiple operations throughout the Starlight Zone; including but not limited to- Uoo’qui Xuqi and Co’qnixq Wuxi smuggling, Xu'Xi gas smuggling, racketeering, gambling, and some even speculate that they control the neighborhood watches. It is not uncommon to see enforcers walking or swimming from business to business wearing their signature black slacks, pastel dress shirts, and black armbands. While the lower level thugs of the Quix-Collective can commonly be seen, the inner workings of the organization are a mystery. Even enforcers who were apprehended by the neighborhood watch had little information regarding their superiors. The neighborhood watches have learned that their orders are delivered anonymously or through a complex series of middlemen- making all efforts to apprehend the criminals a lost cause. The supposed boss of the Quix-Collective is known only as Quix.

If an IPC or synthetic were to wander into the Starlight Zone then they would find themselves heavily discriminated against or even outright attacked. Most refugees, like those from Jargon, are incredibly discriminatory against IPC, synthetics, and AI due to Skrell History. Should a synthetic find themselves needing to enter the Starlight Zone they will often be accompanied by a checkpoint guard for the duration of their visit.