Difference between revisions of "User:Furrycactus/Sandbox2" 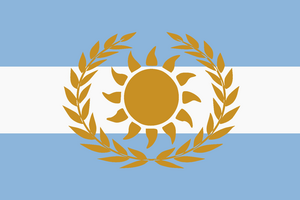 Former Admiral Michael Frost: Leader of the now defeated 33rd Sol Alliance Fleet. He was responsible of enforcement of the blockade of Tau Ceti in 2458 and then in 2459 led the allegedly unsanctioned invasion of sovereign Biesel territory. In the aftermath of its failure, Frost and a team of bodyguards landed on the NSS Exodus where he was then able to escape to the Frontier, releasing a sizable amount of data in attempts to incriminate both the Biesel government and Nanotrasen. In late 2460, he dramatically returned to Sol space, eventually becoming elected Prime Minister. 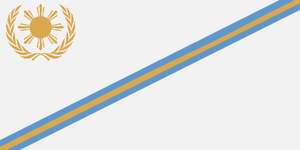 Flag of the Navy of the Sol Alliance.

Navy Secretary Maribella Sattageto: Formerly a Grand Admiral of the Sol Navy. Appointed in 2458 in response to the surprise resignation of former Secretary of Navy, Sabbal McConnaghough. They are known of their openness to Sol affairs, openly criticizing the Charter Doctrine.

Grand Admiral Amanda Hayden: A Martian born commander of the 18th fleet, replaced Admiral Yi Sun following the dissolution of the Treaty of Olympia. They are now responsible for the protection of Mars and the Anti-Piracy Forces of the Sol Alliance.

Admiral Yi Sun: An ATLAS affiliated Admiral and commander of the 66th Orbital Garrison. Originally stationed and responsible of Mars, they were also the Central Governments enforcer when it came to Martian politics. Attributed to the general unrest and the crisis of Mars in 2459. They were ultimately relieved of their post and their commission terminated.