This section or article of lore is not up to date.
Reason: Party is defunct.

The following section or article regarding lore is either out of date or no longer applies, and must be updated. You can ask about it in the lore discord. 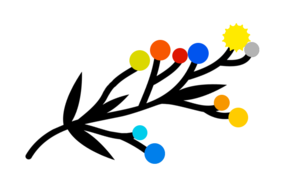 The banner of GAIA.

GAIA, also known as Earth and Ares Initiative Associated, is a Sol Alliance political party formed in 2447. It appealed to Alliance citizens in Sol and the core worlds who felt neglected by their government, which tended to prioritize the richer colonies. It was named after the alternative names for Earth and Mars to allude to the deep cultural tradition they possess. Since its inception it formed 'The Opposition' that had to struggle with ATLAS to be heard on the federal level, but since the political shake-up in the Unathi Crisis of 2457, it has since grown to dominate the Alliance's political landscape in a 'coalition of necessity' alongside ATLAS. GAIA has deep support in the Sol system and surrounding Inner Colonies that form the 'urban' systems of human space, and are generally popular with the middle and upper classes of the Alliance.

The party generally supports individualism and multiculturalism, though this platform is speaking in terms of humanity rather than the alien races.

Miles Theodore Chater is the highest ranking member of GAIA, as well as being the Prime Minister of the Sol Alliance. At 46 years old the former Representative of Earth was seen as the energetic underdog, injecting a youthful vitality into the Alliance's executive wing. Since his inauguration the constant roadblocks of the Alliances' arbitrary, archaic bureaucracy and extreme partisan divides at every level of government have frustrated his ambitions.

GAIA has historically pushed legislation that benefited the shrinking middle class of the Alliance, including tax cuts and increased benefits. They have tried to repeal or decrease taxes in many areas that they argue unfairly target middle class families.

GAIA continued to push for increased centralization of the Alliances' education system, proposing a central, federal agency to oversee education standards for the entire Sol Alliance. They lament the current system where colonies fund their own education budgets, which they argue has lead to gross disparities in education standards.

GAIA, like ATLAS, believe the Alliance works best with a strong central government. They would expand the powers of SolGov at the expense of individual systems. Unlike ATLAS, who believes all humanity should fall under SolGov authority, GAIA has openly stated they are only interested in Alliance systems and have little interest in human systems outside the Alliances' borders.

GAIA champions the navy and has pushed legislation to increase funding. However, quietly, many GAIA politicians are alarmed at the political power the Navy wields, with Admirals sometimes having authority over civilian leaders, and are behind the scenes deeply divided on the Alliances' struggle with civilian control of the military.

Unlike ATLAS, GAIA does not subscribe to radical human supremacy. GAIA tends to view xeno culture as inherently invasive, but remain accepting to alien species who are willing to integrate into the Alliance and adopt the culture and traditions of humanity. This makes GAIA's goals for foreign policy extremely pragmatic. Most GAIA members voice their wish to continue the Alliances' friendship with the Skrell, while taking more patronizing or cautious tones for the other alien races such as the Unathi and Tajara.

GAIA laments the power and wealth of mega-corporations, arguing that the Trans-stellars concentrate wealth into the hands of a small, elite group. They have lobbied for greater investment in entrepreneurship for small businesses and regulatory protections for these start-up companies. They are vehemently opposed to nationalizing the mega-corporations within its space, and see tackling the mega-corporations directly with trust-busting as dangerous for the fragile Alliance economy. This puts them at odds with ATLAS, who propose more radical alternatives, and the result has formed a deeply partisan wedge between the coalition over the future of the Alliance economy.